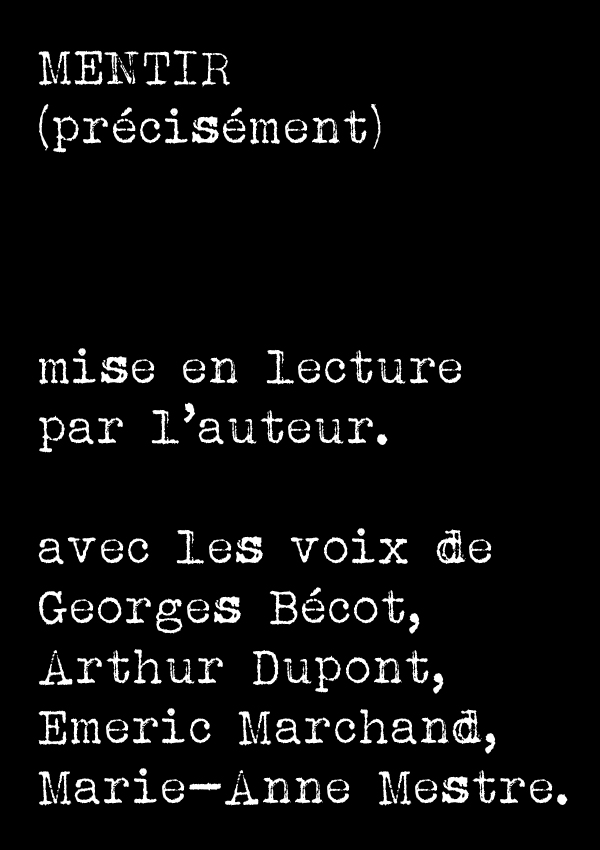 For four actors and seven characters

When Max comes and meet his boyfriend Sam in this dark place where they met two years ago, far away from the city, far away from any witnesses, he didn't expect to fall on Victor, who decided to figure out why he's been disturbed in the middle of the night. What the hell a guy like him could be there for, at this late hour ? Stuck, Max daren't answer, until Victor tells him that he has murdered Sam as he arrived earlier. Max escapes, scared, but doesn't pay any attention to evidences he's leaving everywhere and the police won't have to make a lot to find him...
This play has been performed on a sound recorded by Arthur Dupont (as Max), Emeric Marchand (as Victor and the police inspector), Georges Bécot (as Jacques and the police captain), Marie-Anne Mestre (as Martine and Max's mother).