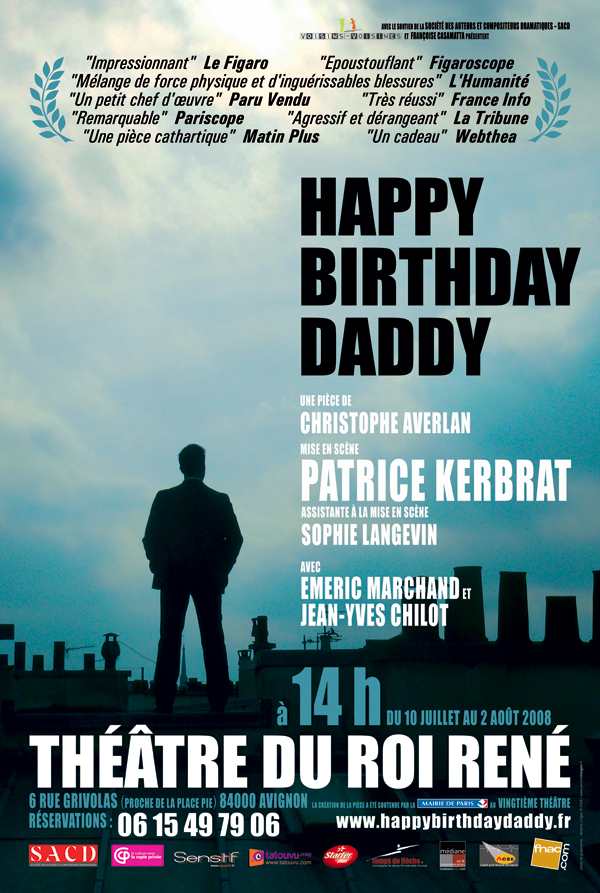 One voice dialogue for two actors.

The night of his sixtieth anniversary. He's trussed up, gagged on a chair. His son, in tuxedo, tells him that he's going to give him, for this special day, a special present : his death. He is going to do exactly what his daddy has always been expected from him : go to the end of something.

This play has been presented for the first time at the Vingtieme Theatre, on may 2007, directed by Patrice Kerbrat, with Emeric Marchand (the son) and Jean-Yves Chilot (the father), and performed at the Festival d'Avignon Off 2008. This play received funding from the Fondation Beaumarchais and the SACD Fund.